Syed Zahoor Agha has sworn in as the Governor of Balochistan on Friday evening. Chief Justice Balochistan High Court (BHC), Mr. Justice Jamal Mandokhail administered oath to the newly appointed governor of the province. Mr. Agha was surrounded by workers of the Pakistan Tehrik e Insaf (PTI) on the occasion. 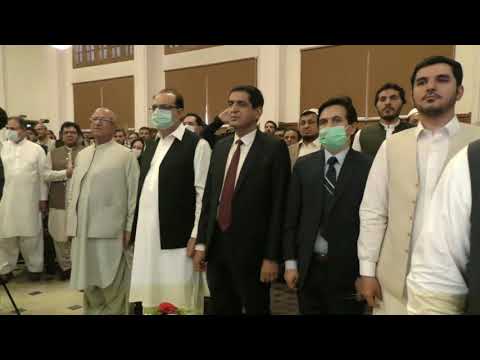 “Development and prosperity of Balochistan is my objective”, Governor

“Development and prosperity of Balochistan is my objective”, Governor Balochistan told reporters. He said, “I will play a crucial role in ensuring a better relationship between province and center”.

Mr. Agha noted that there was no good relationship between the province and the federal government in this past. “My aim is to represent the case of Balochistan”, the Governor mentioned.

The Governo said promotion of education was among his top priorities. He said as a chancellor of the universities he would work hard for the promotion of higher education in the province.

Syed Zahoor Agha is one of the founding members of the ruling Pakistan Tehrik e Insaf (PTI) in Balochistan. Agha had joined the party more than 15 years ago. He is considered to be one of the staunch supporters of Prime Minister Imran Khan.