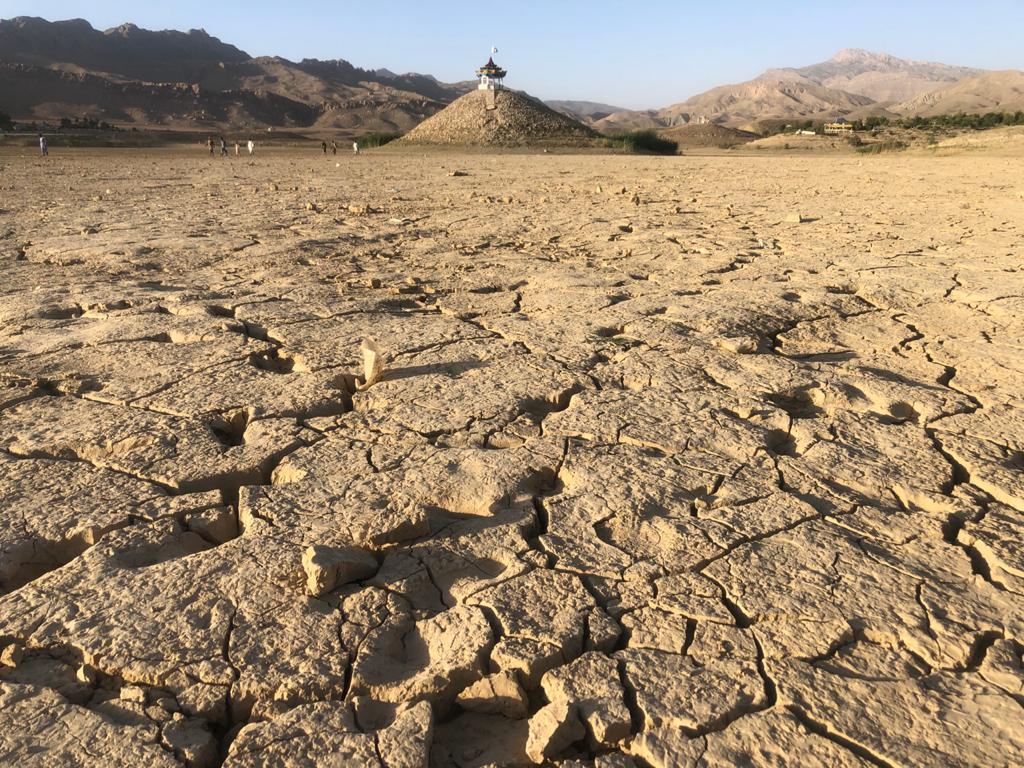 Nestled deep in the midst of rugged mountains, Balochistan’s famous tourist point has completely dried up because of no rainfall. The lake filled with water has now turned into a desert. “This is heartbreaking when I saw this sight”, Muhammad Noman, a young tourist tells Quetta Voice.

Like Noman, dozens of tourists were roaming inside the lake with disappointment. “No rain or more rains, this is the outcome of climate change“, Dr. Faiz Kakar, a well-known environmentalist said.

The lake dried up completely. Even then, tourists flocking to enjoy the natural beauty of this fabled lake. Scores of women with their children arrived in the lake to witness the sight. Although, disappointment for all tourists.

And yet, the valley located deep in the midst of rugged mountains reverberates with traditional Pashto music. The tinkling laughter of young girls and boys can also be heard. “Where can we go, this is the only place”, Shazia Khan, a young girl said.

Fresh air with the natural calm of rugged mountains, tourists are still optimistic about the return of water in the lake. “We pray for rainfall”, Muhammad Saqib, another young tourist from Karachi said. Scorching heat in various cities of Pakistan has forced the people to move towards Quetta and Ziarat, the province’s famous tourist town.

British rulers constructed the lake in 1894

In 1894, the British rulers had constructed Hanna Lake with an objective to maintain the water table, recharge karezez (ancient irrigation system), and springs located in the mountains. Another main reason behind the construction of the lake was to provide water to growers for agriculture purposes.

At that time, there was no concept of tube wells across Balochistan. People were dependent on karezez, wells, and springs for drinking and agriculture purposes. “Construction of dams imperative to maintain the depleting water table”, Zahoor Bazai, a well-known environmentalist and faculty member of Balochistan university said.

Water depleted to a dangerous level in various parts of Balochistan

The water level in northern, central, and western Balochistan has depleted to a dangerous level. In some parts of the province, experts fear mass migration because of the scarcity of water. “Scarcity of water poses a serious threat to the population in Quetta”, Barakat Khan Kakar, an officer of the Irrigation Department warned. He underlined the need for construction of delay and check dams to address the issue of depleting water in Balochistan.

Balochistan is prone to natural disasters owing to the looming threat of climate change and global warming. The province has already witnessed droughts, floods, earthquakes, and heavy rainfalls.