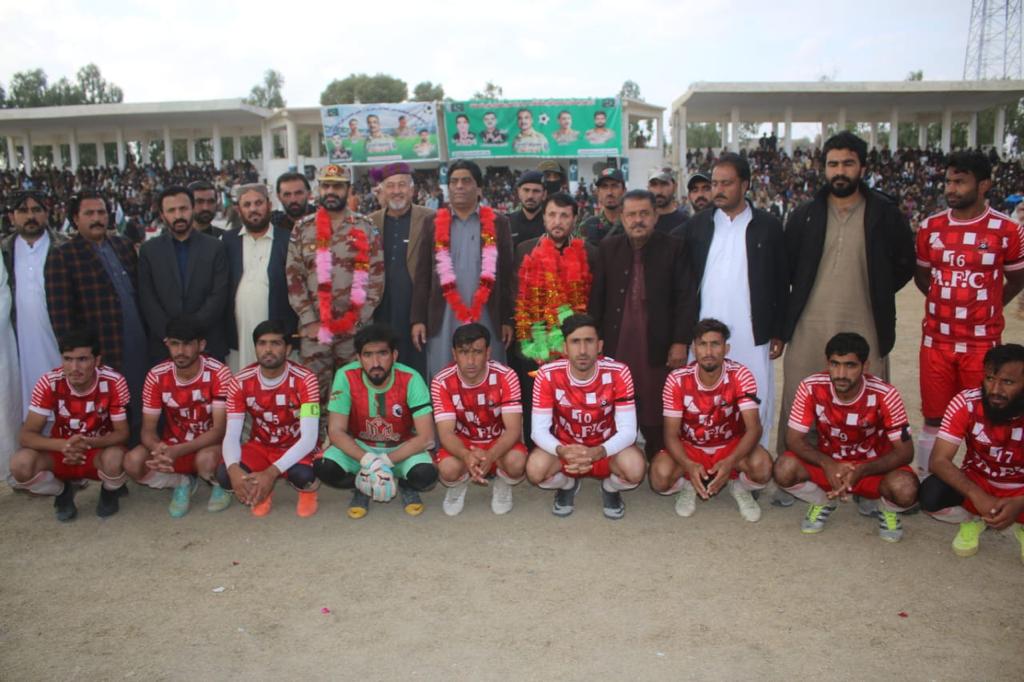 Frontier Corps (FC) Balochistan (North) organized the All Balochistan General Sarfraz (Shaheed) Football Tournament at Loralai with the aim to promote sports culture in Balochistan. The tournament lasted for six weeks and a total of 54 teams participated, including teams from Islamabad, Multan, Chaman, Qila Saifullah, Zhob, and Quetta.

The winner and runner-up teams were awarded cash prizes and trophies. A large number of fans from across the country including Islamabad, Multan, DG Khan, and Peshawar witnessed the match. Tribal elders and local dignitaries appreciated the efforts of FC for promoting sports culture in Balochistan.