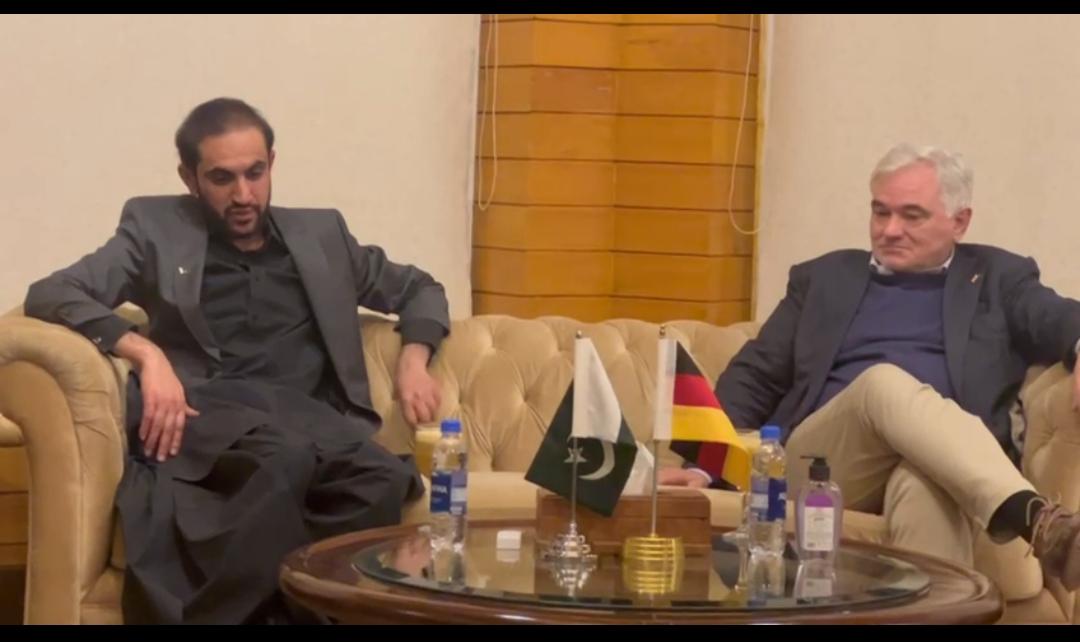 Flood-affected people of Balochistan are still in desperate need of support and the government has no resources to cope with climate change. These views were expressed by Chief Minister Balochistan, Mir Abdul Quddoos Bizenjo during his meeting with German Ambassador Mr. Alfred Grannas.

The meeting discussed the effects of climate change and issues related to their control. Chief Minister briefed the ambassador about the damages caused in Balochistan by the floods as a result of climate change.

“The government has not yet been able to solve the damage caused by the flood”, CM Balochistan stated. It is hoped that the international community will implement the declarations of cooperation made for relief and rehabilitation.

The meeting also discussed the promotion of investment:

Various issues of mutual interest including the promotion of investment were discussed in the meeting. Chief Minister briefed the German Ambassador regarding the Riko Diq project, Gwadar Port, and investment opportunities in various sectors in Balochistan.

Balochistan is a unique region with its geographical location and long coastline, alternative sources of energy, and precious minerals, CM stated. There are vast opportunities for investment in Balochistan Reko Diq project is the best example of this, Mr. Bizenjo added.

German investors will be attracted to invest in Balochistan and the German government will provide support to Balochistan in the preparation of skilled manpower and other sectors such as health, German Ambassador mentioned.

The Ambassador also stated that Balochistan is very suitable for the development of alternative sources of energy and we will promote cooperation in the energy and water sectors. Balochistan will also be given priority in Germany’s development program for Pakistan, Mr. Alfred added.