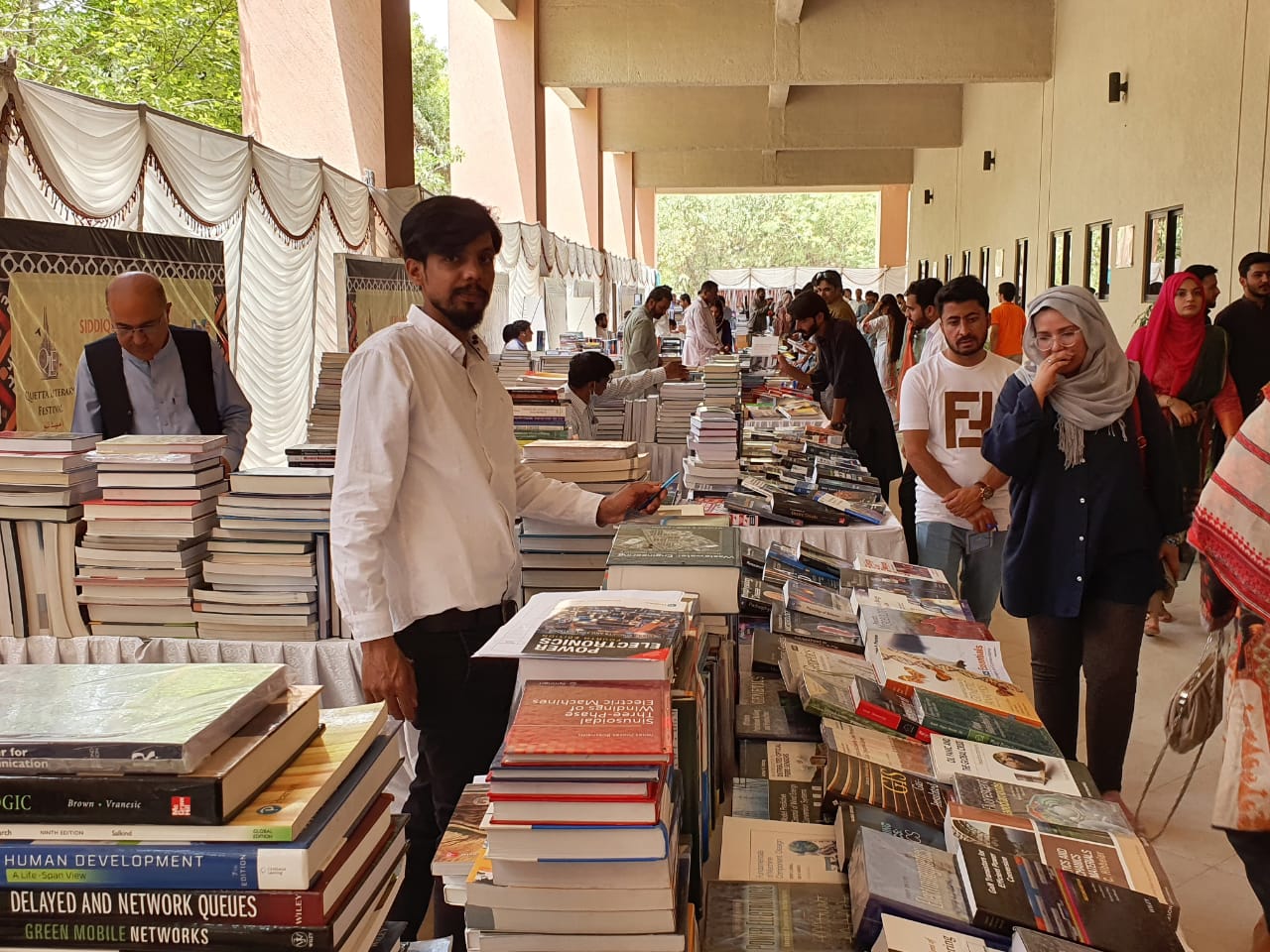 The prominent among those include Amjad Islam Amjad, Dr. Arfa Syed Zahra, Anwar Maqsood, Professor Asim Sajjad, Adeel Afzal, Nilofar Qazi and a large number of Balochistan-based authors and poets participated in the first functions of the festival.

“This festival is a clear example of Balochistan’s talent”

Over 100 delegates from across the country have arrived in the provincial capital to participate in the festival and share their ideas, knowledge, experiences and information with the audience. Most of the halls located in the BUITEMS were jam-packed with students, authors, intellectuals, authors and poets.

Dr. Faisal Ahmed Khan, the head of the Festival said that 150 guests would participate in all 46 sessions planned for the two days.

“Hope Again” is the title of the Festival

“This literary festival is also unique because all the people are volunteering in it. We want to promote knowledge, literature, humanity, peace, love,” he added. He said, “the purpose of the title ‘Hope again’ is to promote love and affection among the people.”

On the first day of the 3rd Quetta Literary Festival, federal, regional development and 18th amendment in Pakistan, challenges faced by Journalism in the province, writing, Liaison with Children, Islamic art and architecture, civilization education and life, autism, historical background of Balochistan Lectures on development backwardness, higher education in Pakistan, Balochi handicrafts, political situation and events, music and society, conservation of the natural environment, filmmaking and Pakistani cinema, lectures were held in which a large number of participants participated.