Quetta and other parts of Balochistan witnessed a petrol shortage on Monday. The crisis irked the people waiting in long queues in the scorching heat outside petrol pumps in the city.

Most fuel stations in Quetta and other parts of Balochistan remained closed, causing troubles for the masses. “This is unfair, first they increased the prices and now they disappeared petrol”, Behram Baloch, a Balochistan-based journalist told Quetta Voice.

Like other vehicle owners, Mr Baloch also returned disappointed from a petrol pump located on Quetta’s Jinnah road. “Basically, the Deputy Commissioner has to act and act quickly”, he mentioned. However, the administration termed the crisis as a result of a crackdown launched against Iranian petroleum products in Balochistan. “This is an artificial crisis, we will overcome this”, Commissioner Quetta Division Asfandyar Khan said. 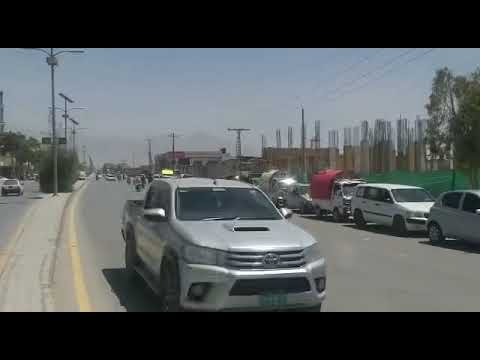 The petrol shortage has come two days before the Eid ul Azha. Most of the people are leaving Quetta for their native towns a day or two days before to celebrate Eid. However, the shortage of petrol has severely affected Eid celebrations. “How can I go to my village without fuel in-vehicle”, Muhammad Ashraf, a vehicle owner lamented.

“We are not receiving petrol from Karachi and our stock just ended”, a petrol pump employee said

“We are not receiving petrol from Karachi and our stock just ended”, a petrol pump employee said. The citizens demanded that the government should petrol at official rates.

The shortage has also come few days after the government increased the prices of petroleum products. Now per litre petrol was at Rs. 118.

Situation turns from bad to worst in rural Balochistan

In interior Balochistan, the mini petrol pump owners were selling petrol per litre at Rs. 150. The petrol shortage in this scorching heat has compounded the problems of the masses.

So far the provincial government or the district administration has not taken any notice of the shortage till the filing of this report.