Chaman: Thousands of Afghans stranded due to border closure

Chaman: Thousands of Afghans stranded due to border closure

Thousands of Afghans are stranded due to the closure of the Pak-Afghan border Chaman. Pakistani authorities have closed the border amid reports of the Taliban take over bordering areas on Wednesday.

Security forces used tear gas to disperse the people who were trying to cross the border forcefully, a security official said.

Security around the border tightened after the Taliban removed the Afghan flag and raised their white flag at the friendship gate. Videos on social media showed armed Taliban instructing their colleagues to remove the Afghan flag and place their own.

“There are women, children and even dead bodies in vehicles”

“There are women, children and even dead bodies in vehicles”, Sirajuddin, the Afghan national lamented. War is nothing new in Afghanistan, but they have to open the border, he mentioned.

All trade activities and movement of the people were suspended because of the closure of the border. Daily thousands of people across the border.

Taliban also claimed to have captured the strategically important Spin Boldak district on Wednesday. Although, the Kabul government contradicted the claim. However, people in the area confirmed Taliban take over the mud-blowing town that links Chaman with Afghanistan’s Kandahar province. 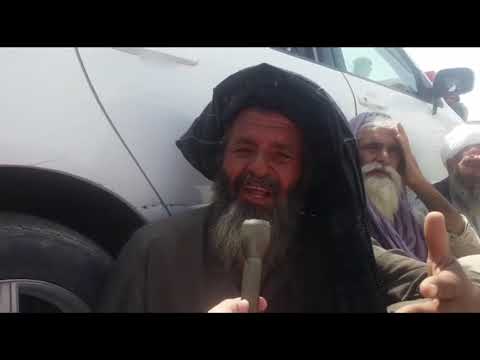 “Pakistan government and Taliban should open the border”, another Afghan, Abdul Wahab demanded. He said women and children and aged people were waiting for the opening of the border for the last two days. Most of the Afghans in the volatile Southern region come to the Pakistani city of Quetta for medical treatment. Patients were also among the stranded Afghans at Pak-Afghan border Chaman.

Some stranded Afghans have also established tents to protect themselves from scorching heat at the border. Pakistan has deployed the Frontier Corps (FC) after the Taliban onslaught against the Afghan forces on another side of the border.

In 1994, the Afghan Taliban launched a movement against the then warlords from Spin Boldak. Taliban spiritual leader Mullah Muhammad Omar led the movement throughout life against the US-led NATO troops in Afghanistan. The mud-blowing town has strategic and historical importance in Afghan history.

Hundreds of foreign journalists attended the press conference of Mr. Agha. He announced that the Taliban would continue to fight to the death to defend the motherland against the American aggressors. Although, Kandahar and all major Afghan cities fell to the US-led NATO troops within a month.

Since then, Spin Boldak has played a crucial role in the Taliban’s resistance against the US and Afghan forces.