Peace and education in Balochistan my priorities: New Governor

Peace and education in Balochistan my priorities: New Governor

Newly appointed Governor Balochistan, Syed Zahoor Agha has vowed to ensure peace in the province plagued by violence. “Peace and education in Balochistan are my top priorities”, the Governor told Quetta Voice in an exclusive interview.

He stated that Prime Minister Imran Khan has already announced talks with ‘angry Baloch’ leaders to pave the way for political solutions to issues relating to the province. “I will advance the same agenda”, Mr. Agha said.

Prime Minister, Imran Khan on Monday said he is considering ‘talks with militants in Balochistan. Had successive governments paid heed to the development of Balochistan, they would have never worried about the insurgency in the province, he mentioned. 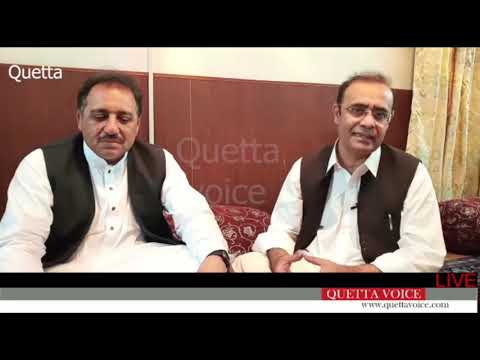 He mentioned that the Baloch leaders also have confidence in the words of the Prime Minister regarding the solution of issues relating to Balochistan. “Before being PM, Imran Khan was very clear about dialogue in Balochistan”, the newly appointed Governor stated.

“I will ensure better coordination between province and center”

The Governor assured that he would establish better relations and connections with the province and Islamabad. “I will play the role of bridge between province and center”, he said.

The Governor said he would also have good relationships with the provincial government and evolve a joint mechanism to present the case of Balochistan in an effective way. “My aim is pluralism and beyond party”, he added. He said the present government determined to remove the sense of deprivation among the people of Balochistan.