If they are prisoners, then, they have to behave like prisoners: ANP leader

Provincial ministers Saleem Khoso and Arif Jan Muhammad Hassani were also present on the occasion. Government ministers lashed out at protesting opposition members for what they call an undemocratic attitude.

Asghar Achakzai mentioned that opposition members were holding press conferences and invitations inside the police station. “A prisoner cannot address a press conference”, he added.

Saleem Khoso urged the opposition to end the protest and come into the house to debate issues relating to Balochistan. “They should debate the budget inside the house”, Mr. Khoso stated. 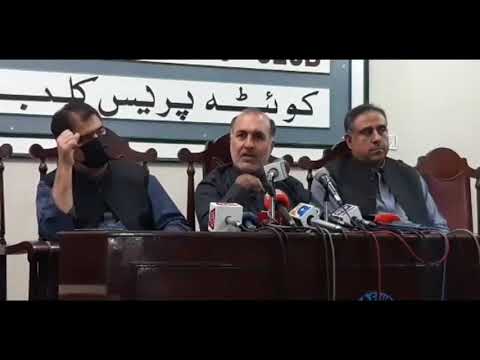 The opposition accuses the government of ignoring their constituencies

The opposition legislators have refused to end the protest despite repeated rounds of talks with the government negotiating team. Opposition members had offered voluntary arrests at Bijli road police station after registration of FIR. Although, the government has withdrawn the FIR three days back. However, the deadlock between the opposition and the government still persists till the filing of this report.