Opposition parties would intensify protest against the government

The protest of opposition members at Bijli road police station has entered the seventh day on Sunday. The opposition lawmakers had offered a voluntary arrest at the police station after registration of the First Information Report (FIR) against them.

“Government does not value the ruling of speaker”, Malik Sikandar Advocate

“The government does not value the ruling of speaker Balochistan Assembly about withdrawal of FIR”, the opposition leader noted. Malik Naseer Shahwani of the Balochistan National Party (Mengal) and other legislators were also present on the occasion.

He said four times, the government ministers came and held negotiations with us. “They mere paid lip service and failed to address our grievances”, Malik Sikandar Advocate stated. He however warned that opposition parties would intensify their protest against the Chief Minister Balochistan Jam Kamal government in the province. “We will block the whole province”, the opposition leader warned. 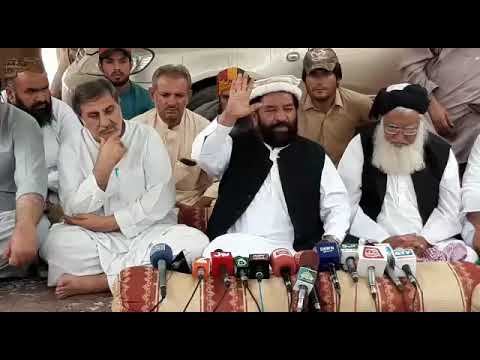 Opposition files petition in session court about registration of FIR

Opposition members in Balochistan Assembly have submitted a petition in session court for registration of a First Information Report (FIR) against Chief Minister, Jam Kamal Khan, Inspector General of Police, and the Senior Superintendent of Police (SSP).

The opposition has accused the CM and police officers of using ‘force’ against them on June 18 on the eve of the budget session. “We have formally approached the court for registration of FIR”, Sanaullah Baloch, the central leader of Balochistan National Party (Mengal) said. Petition filed under article 22-A of the Constitution, Fahad Mengal Advocate, the Counsel for the opposition stated.