Heads of various departments at SBK, senior administration officials were also present on the occasion. The VC thoroughly spoke about the steps taken by the university for the promotion of girls’ education in Balochistan. 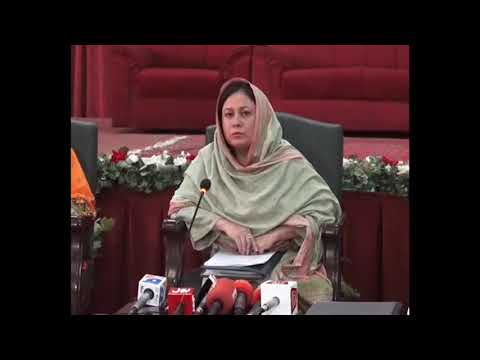 “Transparency, strict financial discipline introduced in the university”, she said. Dr. Sajida Naureen also informed that an anti-harassment cell also established inside the university to ensure timely justice to the victims of harassment. “So far, we have received four cases of harassment”, Dr. Sajida Naureen stated. She stated that efforts were underway to improve the educational ranking of SBK across Pakistan.

She informed that the website of the university improved to make sure timely information to the students. Dr. Sajida Naureen said the administration was making efforts to address the students and teachers issues on a priority level

The VC informed that employees of the university whose promotion cases were pending for a long time have been decided. “The University has promoted its employees and addressed their issues”, Dr. Sajida Naureen mentioned.

When asked about some fee complaints by poor students, she said, “poverty cannot close doors for deserving and needy students of Balochistan”. “On my own, I can pay for deserving students”, she assured.

About the demise of the SBK professor, she said the professor had contracted the COVID19 and died because of it. She however expressed concern over what she called organized propaganda against the SBK. “This university belongs to this province and we have to protect it”, she concluded.