"I am going to present my resignation to the Governor", Rind announced during the assembly session

QUETTA: Sardar Yar Muhammad Rind, the Balochistan education minister has resigned because of serious differences with Chief Minister Jam Kamal Khan on Wednesday. “I will no more be part of this cabinet”, Sardar Rind who is the Pakistan Tehrik e Insaf (PTI) Balochistan Chief announced during the provincial assembly session.

Sardar Rind made this announcement during his budget speech. “My constituency completely ignored in the budget”, the PTI leader lamented. He said all funds diverted and allocated for specific constituencies of some ministers. 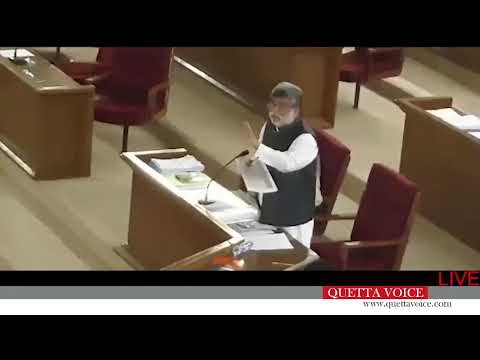 “I will present my resignation to Governor Balochistan after this session”, the PTI leader said. He stated that the opposition members had to be in the assembly to discuss the budget for the financial year 2021-2022. Chief Minister Balochistan, Jam Kamal Khan had to be also inside the house to listen to our reservations about the budget, Sardar Rind said.

Since the establishment of the coalition government in Balochistan, Sardar Yar Muhammad Rind has been complaining about the CM Jam Kamal. There was no immediate reaction on the part of the CM secretariat to Rind’s resignation.

Sardar Saleh Bhtootani has already resigned from the cabinet after the withdrawal of the portfolio of Jam Kamal Khan. Rind is the second minister in the Balochistan cabinet resigning from the ministry.