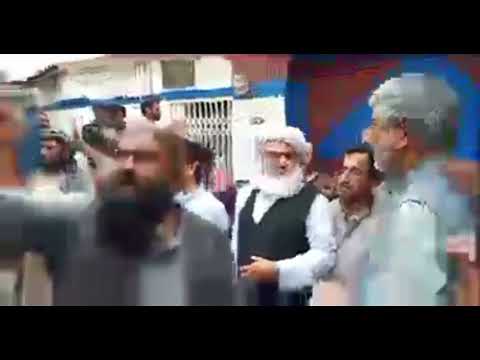 The administration had adopted strict security measures on the eve of volunteer arrests of opposition lawmakers. Armored vehicles, baton-wielding policemen deployed aroud Balochistan Assembly to maintain the order. “Government lodges FIR against anyone who violates the law”, Home Minister Balochistan, Ziaullah Langove told Quetta Voice. He said oppositoin members violated the law and harmed the sanctity of the house the other day.

“Our struggle is for the people of Balochistan”, Sanaullah Baloch

“Our struggle is for the people of Balochistan”, Sanaullah Baloch, the Balochistan National Party (Mengal) lawmaker said. Members from the component parties including JUI (F), BNP (Mengal) and PKMAP offered arrests.

At least three members of the opposition sustained injuries in a clash with police on the eve of budget session. Officials said five policemen also injured during the clash.