QUETTA: Coalition partners in Balochistan Assembly have expressed no confidence in Speaker Qudoos Bizenjo. “Had the Speaker or the assembly secretariat adopted necessary steps, this untoward incident would have not happened”, Chief Minister Balochistan, Jam Kamal Khan said in a video message released on Sunday evening.

Parliamentary leaders of coalition parties called on CM Balochistan Jam Kamal on Sunday. In their separate video messages, they lashed out at the opposition for what they call its ‘undemocratic attitude’ during the budget session. “This attitude on the part of the opposition was unacceptable”, Jam Kamal said. 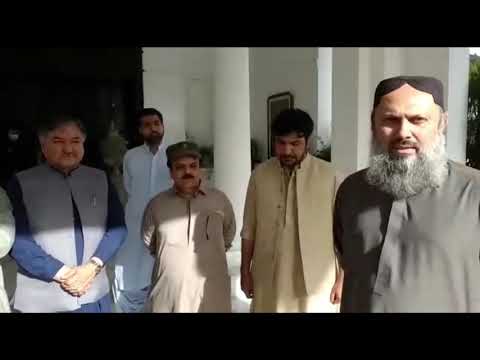 Speaker fails to maintain discipline within the premises of assembly: Coalition

The component parties of the joint opposition also expressed no confidence in Speaker Qudoos Bizenjo and decided to stay away from today’s consultative meeting. “We have turned down the proposal for a joint meeting convened by the Speaker”, Malik Sikandar Advocate, the Opposition leader in Balochistan Assembly told Quetta Voice. Mr.Advocate also informed that the opposition legislators would also offer collective arrests in a police station after registration of FIR by the government. “We would not seek any mercy”, he added.

Mr. Bizenjo had convened a joint meeting of parliamentary leaders of all political parties from treasury and opposition benches to discuss the Standard Operating Procedures (SOPs) for the budget session. Except for Sardar Yar Muhammad Rind, the Pakistan Tehrik e Insaf (PTI) parliamentary leader, none turned out from opposition and government to participate in the meeting. Bizenjo belongs to the ruling Balochistan Awami Party (BAP).

“My effort was to resolve issues through consultation”, Bizenjo

“My effort was to resolve issues through consultation in the meeting”, Mr. Bizenjo told reporters in the evening. Deputy Speaker BA, Sardar Babar Musakhail also condemned the opposition’s attitude. “I had very little power in maintaining law and order situation as deputy speaker”, Sardar Musakhail stated.

Ugly scenes within the premises of the Balochistan Assembly made headlines in national and regional media. “This was embarrassing for all of us”, Nawabzada Gohram Bugti, the adviser to the CM on local government said.