Usman Kakar airlifted from Quetta to Karachi for medical treatment

QUETTA: Senior leader of Pashtoonkhwa Milli Awami Party (PKMAP), Usman Khan Kakar has fallen and sustained head injury as his cerebral artery ruptured. According to party leader and former provincial minister Abdul Rahim Ziaratwal, Usman Kakar was at his home in Quetta on Thursday when his cerebral artery ruptured. Kakar was rushed to the hospital soon after the incident.

Kakar airlifted from Quetta to Karachi

CM Sindh and other PPP leaders also visited the hospital and inquired about the health condition of Usman Kakar. 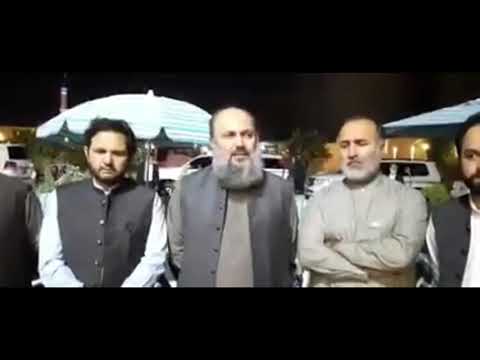 Kakar the most popular leader after Achakzai

Usman Khan Kakar is considered to be the most popular leader within PKMAP after Mehmood Khan Achakzai, the party chief. He belongs to Killa Saifullah’s Muslim Bagh Tehsil. Mr. Kakar passed his LLB from Law College Quetta in 1987.

Three decades ago, Usman Kakar started his political struggle from the platform of the Pashtoonkhwa Students Organization (PSO). As a student, he was associated with the PSO too.