Finance Minister Balochistan, Zahoor Buledi presented Rs.584 billion outlay budget for the financial year 2021-2022 on Friday evening in the provincial assembly. Presenting the budget in the house, Mr. Buledi informed that Rs. 346.861bs allocated for non-development expenditures, whereas, Rs. 189.196 bs allocated for the Public Sector Development Program (PSDP). The government has shown Rs. 84.7 bs as a deficit in the budget. 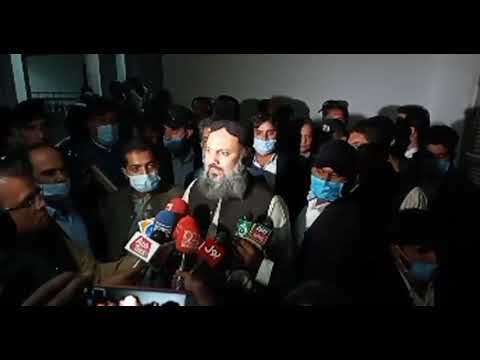 2,286 new schemes included in the budget

The Finance Minister informed that the number of ongoing development schemes is 1525 and allocated Rs. 112.545 bs in this regard. He mentioned that Rs. 76.651 bs allocated for 2,286 new schemes in the budget.

Mr. Buledi informed that the present government has allocated Rs. 71bs for education, Rs. 38 bs for the health sector, Rs. 52 bs for law and order during the budget for the financial year 2021-2022.

The government has also allocated Rs. 11 bs for improvement district headquarters hospital to make sure provision of better health facilities to the masses.

Mr. Buledi mentioned that more than 100 schools would be upgraded across Balochistan.