Opposition legislators sit-in entered on the fourth day outside the assembly. Opposition members have accused the government of ignoring their constituencies in the financial budget for the year 2021-22.

“Roads blocked, I am here for last more than one hour”, Engineer Aurangzaib, a man sitting inside his vehicle lamented. Long queues of vehicles and motorcycles can be witnessed on all roads. “What this government and opposition is doing”, Mr. Aurganzaib said. “Why they are punishing us”, he added. 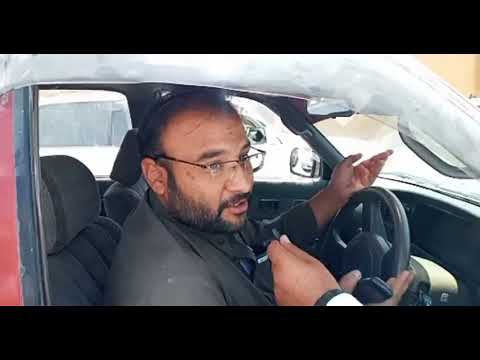 Women, children, and aged people remained the worst sufferers of blockade of roads leading towards the assembly.

There has been a blame game between opposition and government for the blockade of roads in the city. On Thursday, component parties of the opposition blocked all national highways to vent their anger against the Balochistan government.

Today (Friday), the government has blocked all roads leading towards the Balochistan Assembly. The administration has adopted strict security measures to maintain the law and order situations during the budget session. Police, personnel of Balochistan Constabulary, and Frontier Crops personnel deployed to maintain the order.

Despite the blockade, the opposition members remained outside the assembly to record their protests. The Balochistan National Party (Mengal) legislator Ahmed Nawaz exchanged hot words with police deployed outside the house.

“Police pushed me back and stopped me from entering the assembly”, Mr.  Nawaz claimed. People forced to use alternative routes to enter and leave Quetta city as a result of the blockade and containers parked on main roads.