QUETTA: Special Assistant to the Prime Minister (SAPM) on Climate Change, Malik Amin Aslam on Saturday revealed the government has decided to plant trees on 2,000-acre land in the surroundings of Quetta.

“This will prove to be lungs for Quetta in terms of climate”, Mr. Aslam told a crowded press conference at Quetta Press Club. Secretary Forest and Wildlife Balochistan, Siddique Mandokhail, Chief of Taraqee Foundation (TF) Amjad Rasheed, Forest Chief Abdul Jabbar, and others were also present on the occasion.

The SAPM on Climate Change said Pakistan is one of the 10th countries prone to the impacts of global warming. “Balochistan that covers half of the country in the area needs special attention”, he mentioned.

He informed that the Balochistan government has planned to plant 10,000,00,00 trees till 2023. He however realized that more trees should be planted in Balochistan.

The SAPM mentioned that the forest department of Balochistan has decided to provide trees to over 800 basic health units across the province. Apart from this, the department would also plant trees around 70 dams in Balochistan. 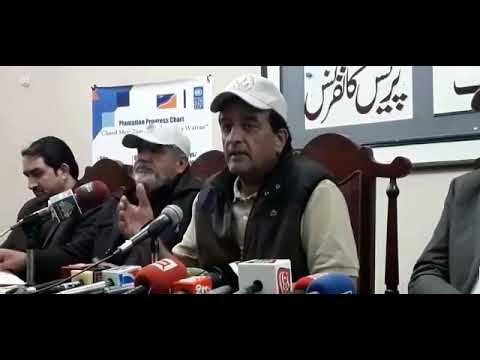 Malik Amin Aslam informed that strategy evolved to protect Chilghoza forest at Koh e Suleman. The government would also establish two parks to improve the environment. He revealed that Pakistan was the only country on earth that has 12 ecological zones.

PTA blocks TikTok across the country over ‘inappropriate content’

3 accused arrested in rape and murder of minor: DC Mastung