Uproar in Balochistan Assembly after insulting remarks about opposition leader

Insulting words by a treasury member caused pandemonium in the house

Treasury member, Naeem Bazai who holds the portfolio of excise and taxation passed an insulting remark about the opposition leader, Malik Sikandar Khan Advocate. The remarks caused pandemonium and uproar in the house as both treasury and opposition members were speaking at the same time.

Non- parliamentary words and insulting remarks were used during the session by both members of the treasury and opposition despite calls of the chair for calm. Awami National Party (ANP) legislator, Asghar Khan Achakzai sought forgiveness from the house over remarks passed by his party’s member. 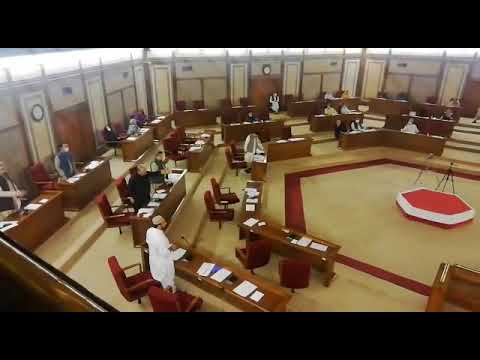 One person dies of hepatitis every 30…

However, opposition members including Akhtar Hussain Langove, Malik Naseer Shahwani, Nasrullah Zarai lashed out at the treasury members for what they called their insulting remarks about the opposition.

To probe into the matter, the speaker Qudoos Bizenjo ordered the assembly staff to submit the video recording of the session.

Earlier, the members spoke at length about the budget for the financial year 2020-21 in Balochistan. The treasury members called it a pro-masses and historic budget, whereas, the opposition called it a pack of lies.

Finance Minister Balochistan, Mir Zahoor Buledi while commenting over the budget stated that all-out efforts were made by his government to address the issues faced by the masses in the current budget. He stated that the health budget was increased and that 1700 doctors were being recruited to tackle the situation developed in the aftermath of the outbreak of the novel coronavirus in the province.

However, former chief minister, Nawab Muhammad Aslam Raisani lashed out at the government for what he claimed its failure to address the issues of the masses in the current budget.